Yes, you know I’m spoiled when I complain about the glorious almost eternally sunny Gold Coast weather. Truth be told, this is the saddest time of year for me because I’m a true Autumn girl at heart. I love that nip in the air, the foliage turning from green to gold and red and crunching the ones on the street is all sorts of delicious. Most of all, my two favorite holidays–Halloween and Thanksgiving–are all in the mix. I get none of that here in Australia. While everyone is getting ready for summer, I grumpily swap my sweaters for flip flops and tank tops and take the plastic off the fan and dream about having the oven on all day to bake all sorts of yummy autumnal foodstuff.

To combat my sadness, I’ve decided to paint my annual Halloween set early. This year it is all about Rob Zombie and his band.

I was working on something else while thinking about this set and thought perhaps I ought to have a top hat 3-D printed for Mr. Zombie. It totally ties the whole thing together, wouldn’t you say?

This may not take place of what I’ve given up in the northern hemisphere, but at least I can go down to the beach and literally drown my sorrows in while trying to pet the pelicans.

The reason why it took so long for me to churn out this set was that I was torn between painting the zombies from this show or its human cast. Then, what with one thing after another, it was left on the back burner until I got a request for it. It’s a good thing that it took so long to get this set painted because I was able to custom print a Stetson for Rick Grimes! 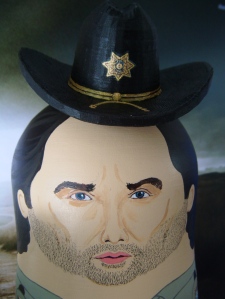 Rick Grimes and his Stetson. 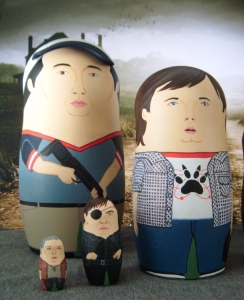 But let’s not forget Daryl and Michonne, who are total bad asses.

I was told that it’s hard to binge watch this show, and they were right, of course. But I had just binge watched the last 4 episodes of Game of Thrones the week before and although it had left me shaken, it had also desensitized me to that much more violence.

I’m super excited about this set because it’s one of my “after hours” project and it took seemingly forever for it to be painted and now it’s finally finished! I’ve watched only one of the what appears to be dozens of the “Resident Evil” franchise and I’m going to have to watch all of them! 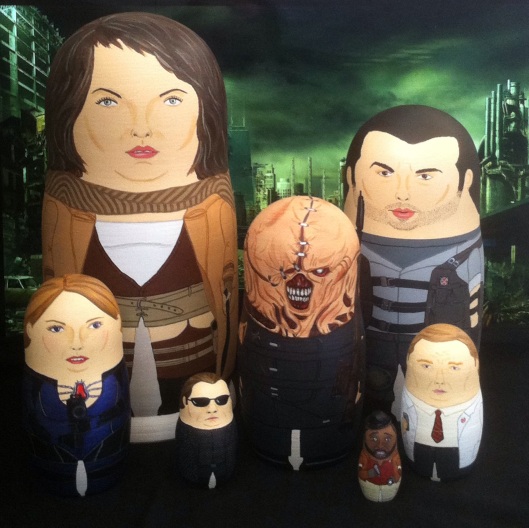 On another note: My friend Pacheco, whom I’ve written about a few times, has directed this amusing little ditty about kickstarter film projects, which you can catch here. Hey, if you gonna invest money in something, why not stuff like those revolutionary luggage and short films?

I thought I was the only one who absolutely had to watch “Death Becomes Her” every time it’s on TV (which had been frequent when we still had cable). Turned out many people shared this unfathomable passion of mine. I’ve still got to paint one more version of this set, but the one I had in mind involved getting the Hubs down into his workshop with a sharp tool and punching two holes out of the Goldie Hawn doll. 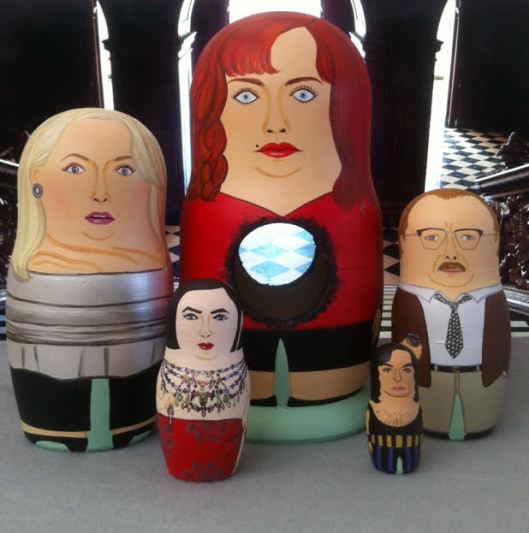 This one features Helen Sharp (yes, with the see through hole after her friend shot her), Madeline Ashton who is front to back, the hapless Mr. Ashton, er, I mean, Herman Menville, the unbelievably chic Lisle Von Rhuman and one of her man slave/butler.

Painting this set was great fun, which was much needed as I was suffering from my annual week-long bout of some sort of debilitating seasonal headache.