I have to admit I was never very impressed by fantasy films made in the 80’s, not since I was forced to watch “Clash of the Titans” with my classmates so the teachers could go out for a smoke or something. The special effects were pretty dreadful. I kept expecting to see a giant hand swooping into the screen to straighten out the creatures that were bent unnaturally at the waist. So when it was pressed upon me to view “Legend” starring Tom Cruise so I could create a set of the main characters, I hemmed and hawed but finally agreed only because A. it was made during a pre-Tom Cruise jumping on Oprah’s couch era, B. two words: Tim Curry and C. Unicorns!

It was a fun movie. I got all nostalgic thinking about “The Neverending Story” and “The Dark Crystal”. I got around to thinking that maybe I didn’t hate 80’s fantasy films after all, just “Clash of the Titans.” 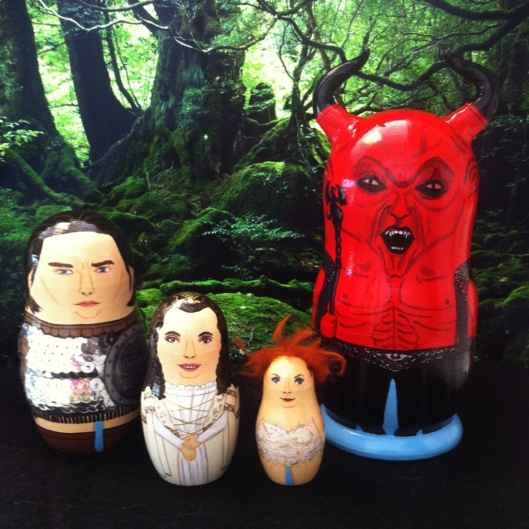 From left to right: Jack in his bling bling armor, Lily, fairy Oona, and of course, The Darkness with them horns.

As this is a set of fours, I decided to hide a little surprise inside the Oona doll for the buyer: 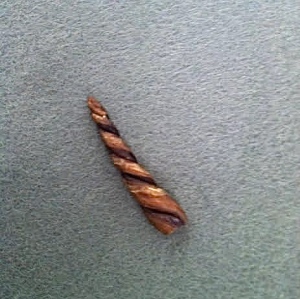 As someone who gets odd requests now and again, this has got to be the strangest one yet. This set features the Norwegian Black Metal band Immortal and Grumpy Cat. It’s meant to be a housewarming present. Why not? I myself have been given a Buddy Christ figurine from the movie “Dogma” and a Tick action figure when I moved to a new apartment years ago. 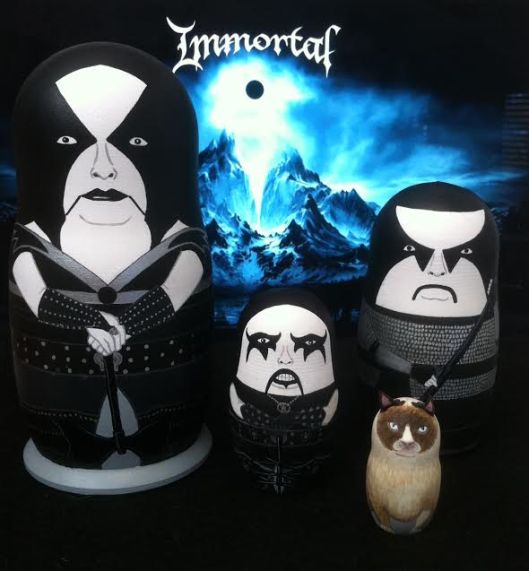 And who doesn’t love a Grumpy Cat nesting doll?

This set needs no explanation. 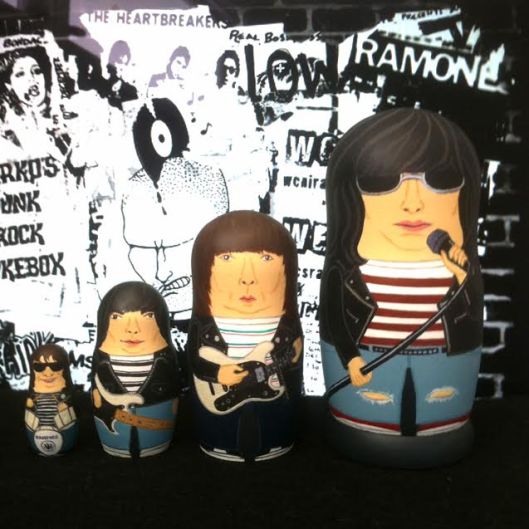