Who doesn’t love Lisa Kudrow? She’s quirky, she’s funny, and she was on the wildly popular sitcom of all time! I was really happy to have been asked to paint a set of dolls featuring Lisa Kudrow in some of her more memorable roles: Phoebe from Friends, Michele from Romy and Michele’s High School Reunion, and of course Valerie Cherish from The Comeback.

It was quite unfortunate that this set was proposed right before Christmas with no time limit, which meant I had to put it on the back burner for a month before I could get back to it again. As with projects that are not time sensitive, I usually work on it after 1 or 2 AM, which meant I have very little recollection of its process. This sometimes work out in my favor because I’m usually genuinely surprised by the amount of work already put into it after a long hiatus! 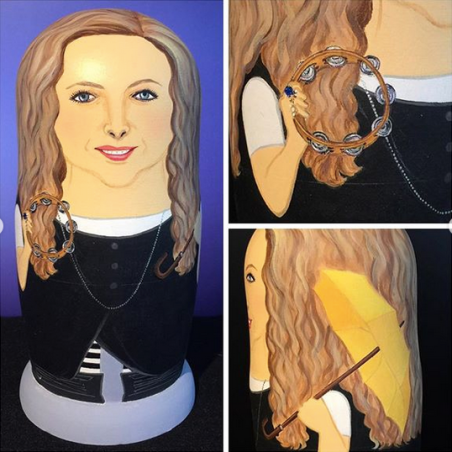 Here is Phoebe from Friends dressed in the outfit from the opening sequence.

Michele from Romy and Michele in her Revenge High School Reunion outfit.

Valerie Cherish from “The Comeback” with her clutching her script. 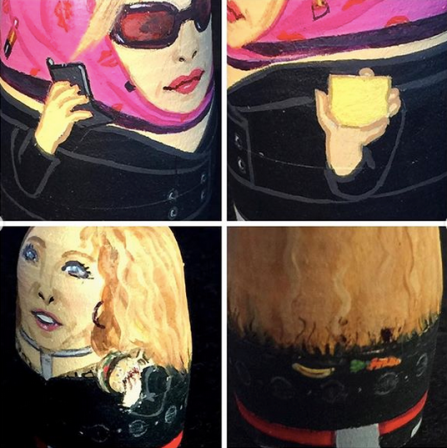 Michele again in her Serious Business Woman attire and the flash back scene in high school where the mean girl placed some magnets on her scoliosis brace. 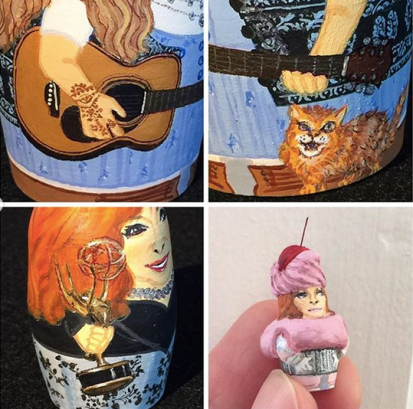 Here’s Phoebe singing Smelly Cat with the said cat, and Valerie Cherish with an Emmy and also in a cupcake costume.

This is an interesting project I did back in April 2018. I was asked to paint a set of dolls for actress Natasha Lyonne. I automatically assumed it would be something off the “Orange is the New Black,” but no, it would be for her new Netflix series which is tentatively titled “Russian Doll.” Since the show is still filming, there’s very little photos on hand for me to reference so the ladies ordering the set had to contact the wardrobe department or had to source the item they wanted me to paint personally. It was a lot of fun and I am beyond curious about the show now.