You might be wondering about the title of this story, well wonder no more. The Flight of the Conchords’ version of Lord of the Rings song kept running through my head while I was painting the Fellowship. I’d say it’s a lot more catchier than Enya’s official LOTR theme! 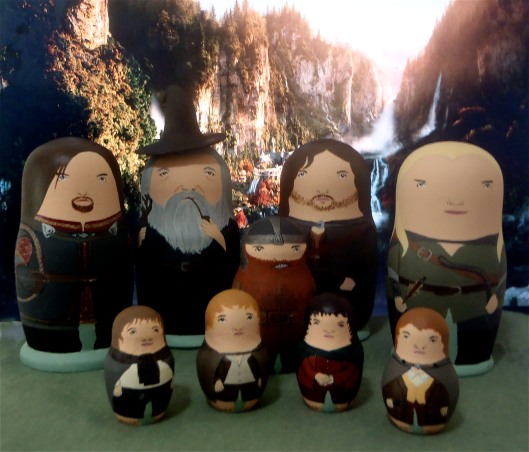 Here’s the Fellowship. I had a bit of a logistical issue concerning the sizes of the dolls. It’s resolved after I resorted to mixing four sets of threes. 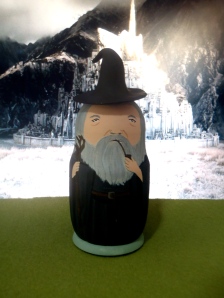 Gandalf the Grey. The best part about making this doll was his hat. 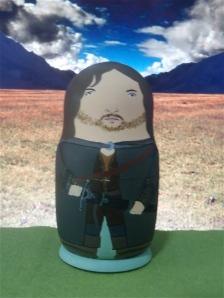 Aragorn, Chief Ranger of the North. 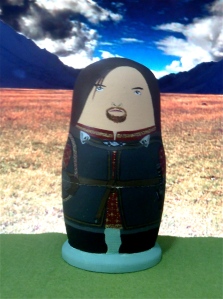 Boromir, Son of Denethor…I know…unless you’re a big LOTR fanatic, like the fan boys who threw popcorn at my friend and me during a screening because we were trying to determine who’s hot and who’s not, this means nothing to you. 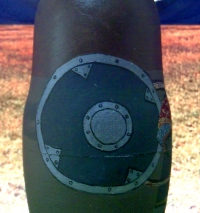 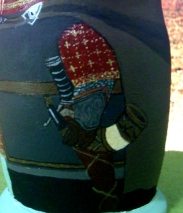 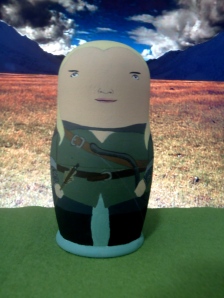 Legolas, prince of the elves. 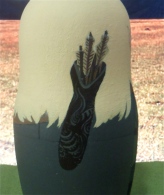 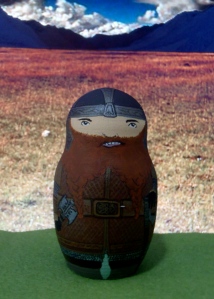 Gimli, Son of Glóin. Apparently in Middle Earth a dwarf is bigger than a Hobbit. 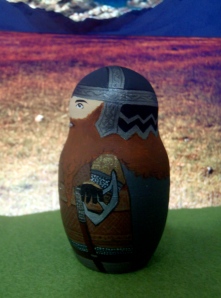 Gimli’s got an assortment of axes for me to choose from. 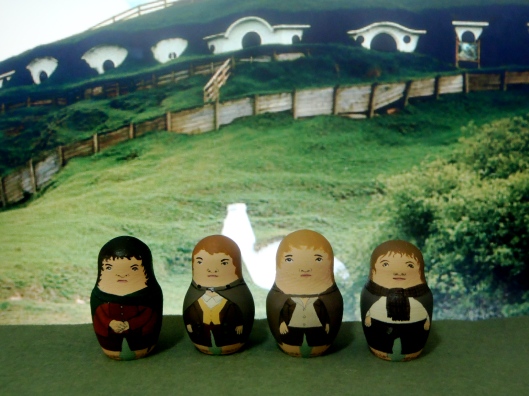 …and last but not least, the Hobbits. Frodo, Merry, Sam, and Pippin.

Coincidentally enough, I’m off to New Zealand in a few hours (we all know that New Zealand is really Middle Earth, right?). It’s too bad I’ll just be in Christchurch for the weekend and not touring around the country with the other LOTR enthusiasts. Maybe they’ll sell some LOTR mugs and souvenir shot glasses at the airport.

Here’s another portrait doll. They’re so personal to whoever they’re going to that I always get a bit nervous working on them and hope that I do it justice. 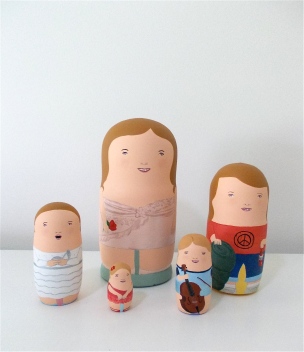 This is a very enterprising young lady who’s done some serious globe trotting. I can’t help but feel the wanderlust in me stirring. Luckily there are a few trips planned for the immediate future.

Believe it or not, I’ve had a few minor encounters with ghosts…mostly during my travels through the UK. A land so ancient and brimming with history’s bound to have some ghosties hanging around. Now, if you’re the squeamish type who believes you need some protection, this may just be the set for you! 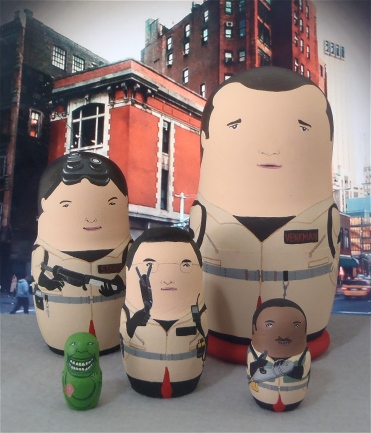 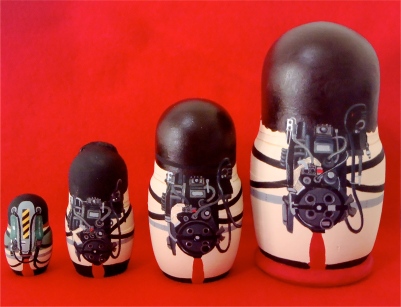 These proton packs nearly did me in! I had to spread the painting over several days as an effort to keep my sanity. 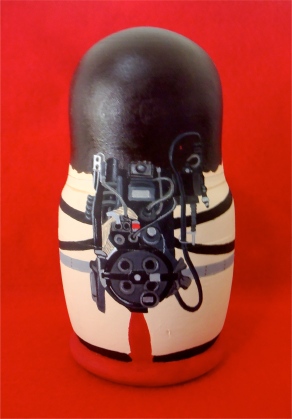 Here’s a close up of the pack. 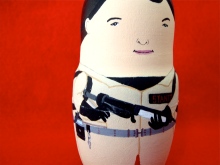 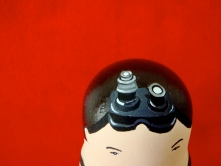 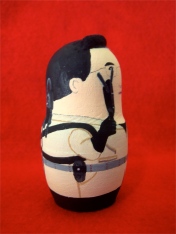 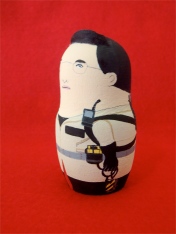 Egon Spengler with the PKE meter and the The Trap, a containment for ghosts. 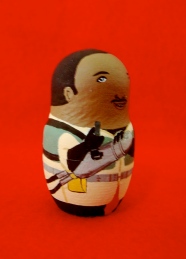 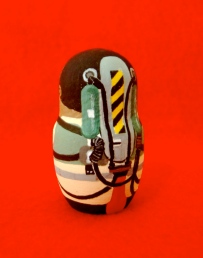 Winston Zeddemore and the Slime Blower. 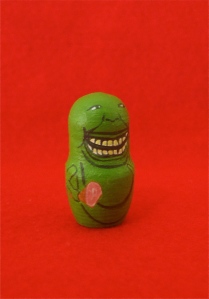 …and Slimer! My favorite character from the animated series. Here he is in all of his gluttonous glory—holding a leg of ham.

Living here with Anthony means I’m constantly surrounded by gadgets and things. His work table is far worse than mine and twice as dangerous so I’m not surprised when he asked me if I’m able to build him a proton pack. Luckily, thanks to some true fans of the movie, I’m able to find a Proton Pack Assembly Plan online. 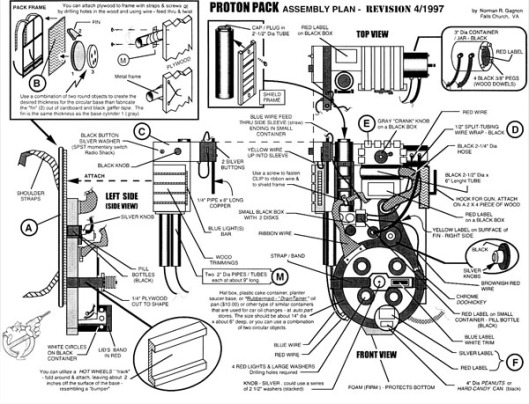 …well, on second thought, I’ll leave it to him!