Following up with the Agatha Christie and her detectives set, I got to paint the entire cast of 1945’s version of “And Then There Were None.” The book had scared the bejeesus out of me when I was younger and also made me a Christie fan for life! 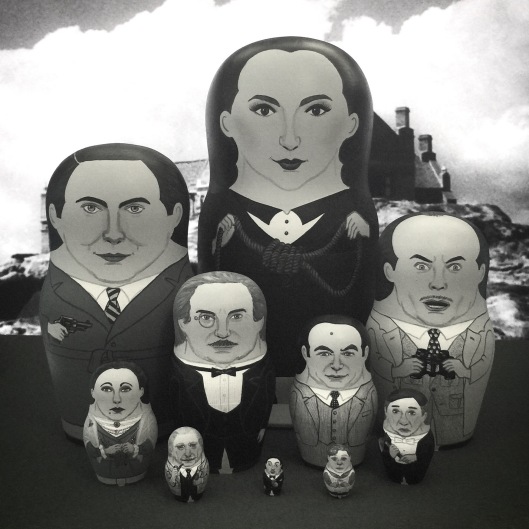 This one was interesting because the man who had proposed this set to me and I have decided right from the start to paint it entirely in black and white. It took the guesswork out of the entire process, which you would think makes things easier. But it was a bit hard in the beginning trying to determine which shade of grey to use for every single item! While working on this project I had a very discouraging setback for an ongoing endeavor, so I was grateful this one was a breeze through and through and therefore I didn’t have to be talked off the ledge! 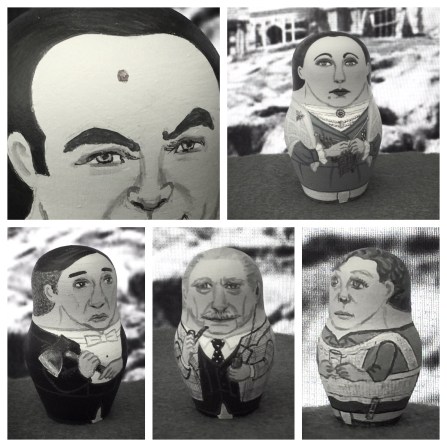 If given the chance (and time), I will be all over “Murder on the Orient Express,” another oldie but a goodie!

It’s really wonderful to see Spinal Tap is still popular after all these years. Why shouldn’t it be? I got around to painting a different version of it last year and am really looking forward to doing yet another one! This one comes with a mini amp. The amp is so tiny that I wasn’t able to paint little number 11 on it for this particular set but I did in a subsequent one, except I’d forgotten to take a photo of it. Like they say, if it’s not photographed, it’s didn’t happen. Luckily I’ll have another opportunity very soon to do so!