Who doesn’t love Lucy? Since this set consists of only of Lucy and Desi, I suggested that we stick a bottle of Vitameatavegamin in there as well!

I have to admit that I really wasn’t feeling it when I was asked to paint this set, but when it was suggested that I make a cheesecake in lieu of a last doll, things started to click. “Golden Girls” was one of those shows that used to air on a weekend night when there was nothing else on and I had grudgingly tuned in. It turned out to be a pretty good show but I was always mildly alarmed at the fashion on the ladies for some reason. But painting it was actually quite fun. 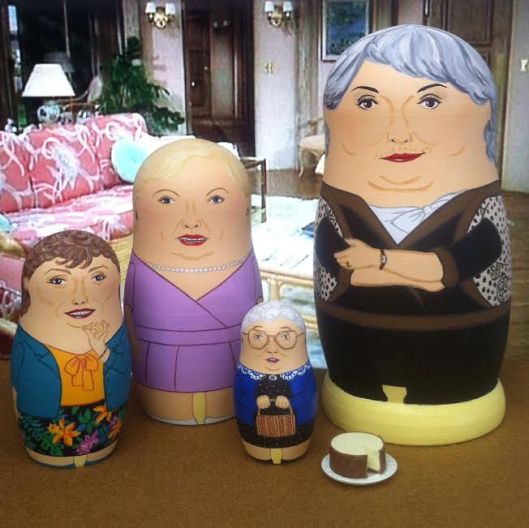 (Largest to smallest) Dorothy, Rose, Blanche, and Sophia. Then there’s the cheesecake. 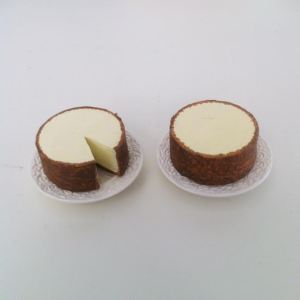 I had two cheesecakes 3D printed because I wasn’t sure which one would be better. Two is usually better than one!

I don’t think I truly appreciated Robin Williams’ talent until I had to watch this movie again while painting the Mrs. Doubtfire set. I suppose we all tend to take things for granted until it’s gone forever. That said, here’s one of the most iconic roles the great Williams had played: