For those of you who are convinced that Ed Wood’s “Plan 9 From Outer Space” is the worst film ever made (and I’m using the word “film” very loosely), you are not wrong…that is, until you get a gander of this little gem put out there by a fertilizer salesman named Harold P. Warren, who got it into his head one day that he’s a better filmmaker than Ed Wood.

He could not be more wrong.

This movie would’ve died a peaceful death if those wacky guys from Mystery Science Theater 3000 hadn’t unearth it and mercilessly pointed out every single flaw (nothing, including Torgo’s humongous knees went unnoticed) and propelled it to cult status. A word of advice, viewing the original film can be utterly painful—so much so that you’d want to look up Harold P. Warren’s grave site and spit at it. But the MST3K treatment of it is pure genius. I highly recommend it.

Harold starred as the patriarch of the hapless family he convinced to go on a road trip with. Wife Margaret was not at all keen on spending the night at a lodge manned by Torgo, who had the legs of a satyr and kept referring to someone called “The Master.” 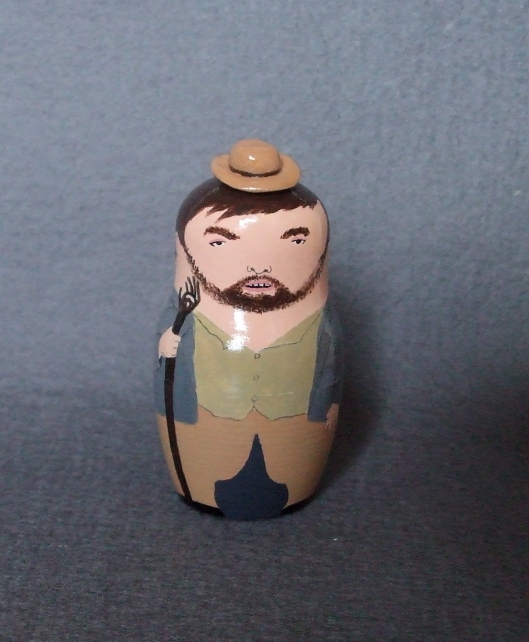 Torgo was sweet on Margaret, but she wouldn’t put up with his clumsy attempts to hit on her (by very slowly reaching out to touch her hair). 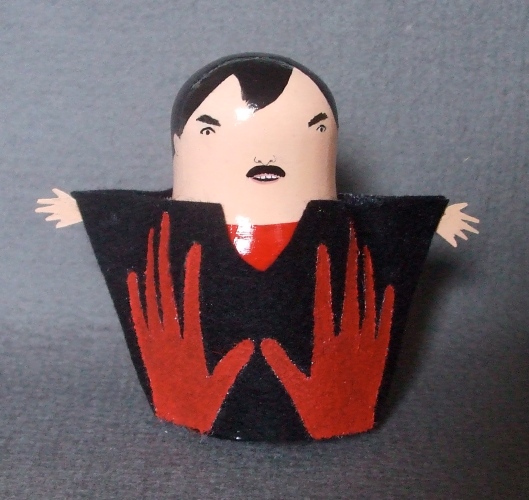 The family eventually met The Master and his many wives, who spent most of the film in transparent gowns and wrestling each other on the ground.

I won’t give away the ending, but let’s just say ol’ Hal ended the movie with a question mark. That’s right, an actual question mark. If he had raised another $1,000, I’m sure “Manos” Hands of Fate II: The Return of Torgo would’ve been shamelessly shot.

This is the end of my horror movie trilogy. Whew! It’s good to get it out of my system!

There so many horror movies out there that just make me want to plaster myself against the TV screen and scream, “Yes! Yes! Stab that whiny bee-yotch in the eye with her Dexter-Russel cutlery!” I get so out of control with these movies. But don’t get me wrong, I don’t always go nuts watching horror films. There are some that make me sit very still, mesmerized, and go, “Ohhh…” in a very quiet voice usually reserved for church or all-you-can-eat buffet lunches.

…this is one of them.

Alejandro Jodorowsky’s surreal take on circus folks is one of the best films out there today—but definitely not for the faint of heart. This is Alma, the hearing-impaired and mute young heroine who has got the best costume in the film. So much so that I’m seriously thinking of being her for Halloween this year!

Here’s Concha, who is armless throughout the second part of the film. Don’t worry! Being a circus folk and all, that’s actually an asset! 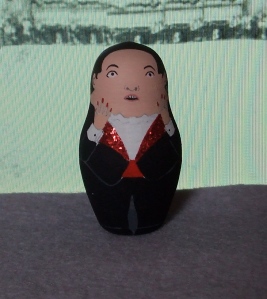 Fenix, who has developed an act with his mother by being her arms.

I know! It’s not an easy movie to explain. All I can say is that I enjoyed watching it and painting some of the key characters!

And…you can always stream it off Netflix!

It took two days before I realized what that tune stuck in my head was: Why, it was the theme song to “Small Wonder,” that iconic 80’s sitcom about a robotics engineer who made a human girl shaped robot to help out around the house while attempting to pass her off as the real deal. 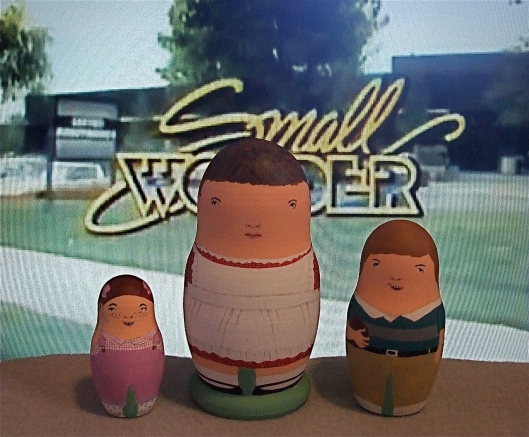 I know! I was crazy about this show. I walked around the house wearing my mother’s apron and a high pony and spoke in a monotone. It was a good thing there wasn’t another girl my age living next door or else I’d try to get her to dye her hair red and brush it into pigtails!

This was the way to Vicki the Robot’s heart—that and a screwdriver.

Jamie, Vicki’s all-American human brother. Bet he put up a big fuss when told he had to stow a human shaped robot in his wardrobe, huh? 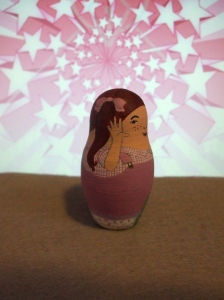 Harriet, the nosy busybody next door. I remember being absolutely fascinated by this girl’s coif. I know it was the 80s and people got away with a ton of things, like side zippered jeans and maxi pad-thick shoulder pads and Bill Cosby sweaters, but it was a relief that Harriet’s hair never made an appearance outside the show.

I mean…you can kind of see why, right?

Of all the faeries I’ve painted, I haven’t done a tooth faery yet. That’s because I’ve been saving the best for last.

They’re like your average Good Luck Fearies but they also come with sidekicks! Along with the boy Toof Faery there’s Maxillary “Max” Molar and with the girl Toof Faery we have Mandibular “Mandi” Molar pin as well as a sticker.

And! To keep your precious tooth from escaping, the faery, sticker, and the pin comes in a handy dandy “Toof Tote.”

A close up of the skirt. Yes they’re “embroidered” molars!

Look for the Toof Faeries in my Etsy shop and at The Collective Store!