I got a little high and dizzy while making the crown for the Freddie Mercury set and recalled an old Stephen Sondheim musical “Sunday in the Park with George.” When Sondheim wrote “Art Isn’t Easy,” I’m sure he hadn’t meant that an artist would pass out from all the toxic fumes emitting from the materials used to create a work of art. Granted, I did start most of it outdoors, but had to move it inside when the night closed in. But I’d rather suffer for my art than do anything else in the world! 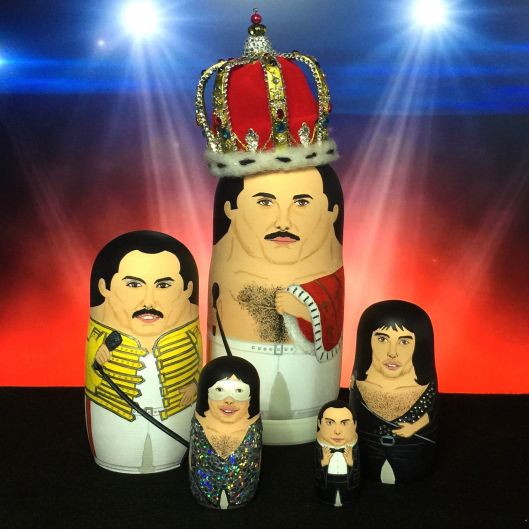 This set had taken me months and months to complete. I actually started it before knowing the movie “Bohemian Rhapsody” was a thing! It wasn’t the execution itself that took ages to get it made, but the fact that I first had to experiment with the new kind of paint for the crown, how to construct the velvety layer inside and finding the right type of velvet to use. Then I couldn’t find first, the time, then the inspiration. But then it came rushing fourth and I built the crown in about 6 hours’. It had been one of the final steps to finishing the set, which, coincidentally, had also brought to mind anothe number from the same Sondheim musical: “Finishing the Hat.” 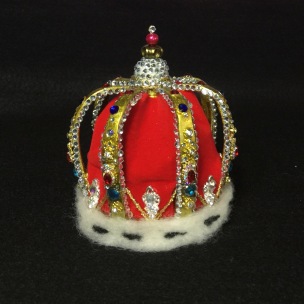 I always have a ton of fun making crowns and tiaras, and this one was no exception. All the materials needed had been foraged from my vast collection of baubles and bits and that in itself had been one of the best experiences of “finishing the hat.”