In Robert Louis Stevenson’s The Strange Case of Dr. Jekyll and Mr. Hyde, Sir Danvers Carew played a small but pivotal role as Mr. Hyde’s hapless victim. Such incidents would not have occurred should monsters with moral deficiencies are taught from boyhood to control their murderous impulses because, after all, there is good in everyone (unless you truly are a lost cause— like Grendel’s mother). 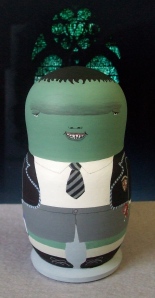 1. Frankie Stein is very interested in biology, chemistry, and artificial intelligence. 2. Vlad Wampyr XIV is the teacher’s pet, although the apples he presents his teachers are usually, um, marred in some way. 3. Cy Ocular certainly has an eye for archery but his lifelong dream is to become a pilot. 4. Lyle Wolfe has been the undisputed long distance running champion 2 years in a row now. 5. Robert Ghoulet is new to the school and hasn’t quite reformed yet. He can still be seen at night running to the nearest graveyard for a midnight snack. But all his teachers are certain that he will become a model student in no time…that is, if they can get his pick ax away from him. 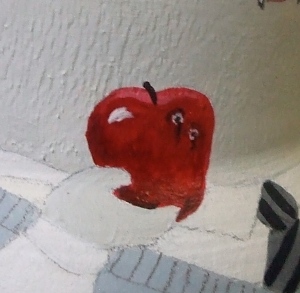 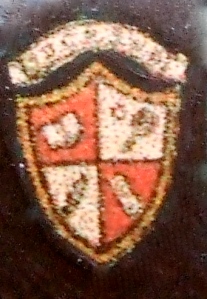 The emblem on the boys’ uniform were drawn separately, printed and glued to the dolls. The emblem symbolizes the philosophy of the academy: Reforming wayward boys through education, exercise, and chemical compounds since 1924.

The concept for these dolls came from some school portraits I did last year as a joke. What better time to turn them into dolls than a few weeks before Halloween? 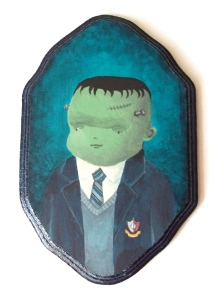 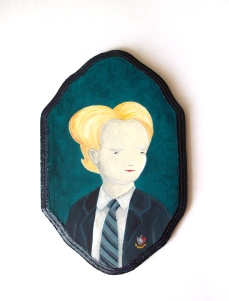